Jack Lawrence, His Call to Ministry, and Miracles 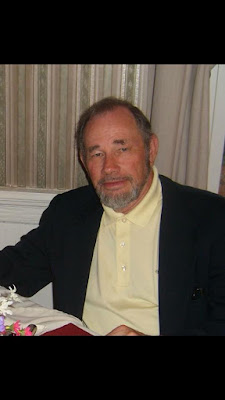 [I originally posted this testimony on February 19, 2013. Jack wrote it before having open-heart bypass surgery. Jack went to be with the Lord on January 7, 2018.]


A Testimony of Faith - My Call to Be A Pastor.

I have shared this with the churches that I have been blessed to Pastor over the near 40 years that I have been in Pastoral ministry. This a a long post but perhaps a blessing to someone who takes time to read it. This is for God's glory and not my own because I still marvel that he would call "such a worm as I."

The path for my conversion from sin to a follower of the Lord Jesus Christ was unusual. I was an avowed militant atheist in my 20's. At age 17, I left High School and joined the Air Force. After my tour of duty, I worked at several jobs, including Union Carbide Chemical, but being restless I began to travel the country as, what was called in those days, a hobo. I would go to the next town, find a menial temporary job and work long enough to get me on the road again.

I returned to West Virginia for a stay with my parents, and while there, I met a beautiful young lady who later became my wife. Linda and I had 3 children in the first 5 years of our marriage. I had not graduated from High School and so my "Career path" was very limited. After 6 years of marriage, I determined to go to college. I took the GED test and after passing was accepted by West Virginia State College (now West Virginia State University). in 4 years I obtained a BA Degree with a double major in History and Political Science and a minor in Philosophy. My intentions were to seek a degree and a career in Law. (I worked 40 hours a week in a K-Mart Sports department while attending college)

I was required to take 8 hours of Biology at State and during the study of the single cell in the Lab, because of the complexity and division of labor within the cell I became a believer in God; for this single cell was not an accident or evolutionary - the single cell was by design. At first I was just a Deist, but the path led to a faith in Jesus Christ.

I began attending my wife's church and "Amazing Grace, how sweet the sound, that saved a wretch like me..." "Jesus called me "O're the Tumult." 3 years later, (I was then 35 years old) with my wife and children settling into our accustomed pew and the Organist playing the prelude "Be Still, My Soul" (Finlandia); in that moment I heard a voice speak to my heart "You will be a Pastor."

Now the interesting thing about this call is that it was the farthest thing from my mind (or heart.) Had anyone mentioned it as a possibility before going into worship that day I would have laughed out loud; "Preposterous and silly" I would have replied and so would have my family and friends who knew me well. And one other interesting part to this call; I was being considered by the Chrysler Corp. (Dodge Division) for position as a Regional Sales Manager for Large Truck Division with a lucrative salary.

GOD CONFIRMS HIS CALL ON MY LIFE.

After the services that morning I related my experience with God calling me to Pastoral ministry to my wife. She began to cry, not for joy, but with upset and fear. I then told our Pastor about my call and he said I needed to go somewhere and study and pray. He said that he had just accepted the call to be the President of a small Bible College in Houston, Texas [Gulf-Coast Bible College] and that I might consider at least 2 years of study in Bible and Theology in that setting.

Linda reluctantly accepted that my call was valid and agreed to our move to Houston. (There is a lot of story that I must leave out here due to the limited space for writing in this venue, so I will relate the way God confirmed His call.)

While in school in Houston, I was asked to help plant a new church 45 miles south of Houston. Our financial situation was dire. Linda worked as a secretary in the YMCA and I worked as a salesmen of industrial tools and machinery; neither of us made much money. Our 3 children were in 3 different schools, our oldest son was a freshman in High School and son #2 was in Junior High and baby daughter was in elementary school.

Right before Christmas, my wife came to pick me up from work because we only had one car and it was an old, tired automobile that had seen its best days. I had to tell my wife that evening that I had been laid off from work, due to a seasonal slump. She began to weep as she was driving and a siren and blue light caused her to pull over. A police officer said that she was speeding 5 miles over the speed limit. He proceeded to write her 3 tickets, she all the time shedding buckets of tears. The tickets were for speeding, improper registration and no Texas hard plate license (We had been there for 6 months and needed to change from our West Virginia License.) Linda and I stayed up that night praying - I guess you could call it praying - it was more wrestling with God and being angry with Him. We reasoned that He had called us to Houston and now look at this fine mess. No job, No money, my second semester tuition was due the following week and Linda possibly facing jail time because we could not pay any fines.

Sunday, numb and frightened as we were, we drove to the new church plant that we were helping with. That evening on our drive back to Houston the car began to make loud noises. It got us back to our apartment and we parked it in the stall provided and it never started again. Now what! If you are familiar with Houston you know that it is one spread out town. I went to school in one area, Linda worked in a different part and the children went to school in yet a totally different section.

The next morning we managed to get to our destinations. I went to my mailbox that I had on Campus. A notice in the mailbox said that an anonymous donor had paid my next semester tuition. A lady that Linda worked with and who knew nothing about our problems, came to Linda's desk and said "I don't want to offend you, but my husband and I just purchased a new car and we would like to give you our old car." The next day we went to court and the judge informed the Police officer who had written the tickets that Texas and West Virginia had an agreement that students from those states did not have to change their license and registration. Go figure! He dismissed the charges and we did not have to pay anything.

One other point to confirmation: Our oldest son became very ill and running a very high temperature [104°]. We had no insurance and thought we would take him to the emergency room to see if we could find him treatment anyway. Before we left, Linda and I decided to anoint and pray for Michael. As we placed our hand on him and prayed, his temperature fell to normal!

In all of this, I believe God confirmed His call upon my life and, further, He was telling me that during the course of the ministry that He was calling me to, that I could say with confidence, not based not theory or guess, that God is there and that He will save, heal and keep those who are His. I say this from experience not study or theory.

I am blessed to call Jack a friend.   Let me share another story he told me.   When Jack was a student at Gulf-Coast Bible College (now  Mid-America Christian University) he was working at Uncle Ben's Rice Mill at night and attending class during the day.   He developed a severe case of arthritis that gnarled and closed up his hands.   This was bad news beyond the physical discomfort; the machinery he needed to work was strong but delicate and gnarled hands wouldn't keep him in gainful employment.   Around 2-3 AM one morning during "lunch" Jack was crossing the railroad tracks of the mill and prayed.   A warmth came over his hands, they became ungnarled and he hasn't had arthritis in his hands ever since.

Why Christians and the World Don't Fit

Christians serious about sanctification (the crisis and process of being made holy) will always feel a bit detached from this world system. ...