After church this evening at Abney Street Church of God, John King told me a wonderful story that I want to share with you. Forgive the limitations of my memory; the account went something like this:

John was a layperson and one of several people who volunteered his time to spend a weekend with a congregation. This group's premise,  Live Ministries, was simple yet profound. They simply shared their testimonies of how God worked in their lives and they looked to the Holy Spirit to move among the church—to do anything he wanted to accomplish. Naturally, very weekend was unique and open-ended. No team member knew what would happen. They just trusted that something would.

John was seated in the sanctuary during a service; nothing seemed to be happening. He looked at his watch and thought he would go and dismiss the congregation. At that point a voice behind him said,  "Someone in this church is carrying a burden and they shouldn't leave the building until they've dealt with it."

John turned around in his seat, thinking it was one of his ministry partners.

No one was there.

He got up and told the congregation that he was impressed that somebody was carrying a burden but they could get rid of it if they came to the altar and left it there. He then said he was going to pray for this person. John bowed at the altar and prayed. When he opened his eyes the altar was filled with praying people and folks were starting to kneel at the front pew.

He sat back down. The same voice came to him, saying,  "There are four young men in the back of the church. Go and get them."
Again, no one was there.

John took another person with him and went to find the young men. He heard from someone that they went outside. He found them in front of the church. All four gave their hearts to Christ that night.

John shared with me his surprise at hearing the voice and the need to obey it quickly when heard.

I believe this story; I have no reason not to believe it and I am familiar with enough Wesleyan stories to convince me that God still speaks today. He guides those who serve him in ministry.

I don't have a background in electronic circuitry or radio theory. I'm horrible at math. Yet with three weeks of study I passed th... 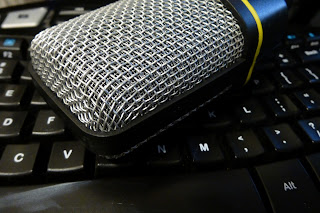